Why trade must be part of the solution ‎to biodiversity loss 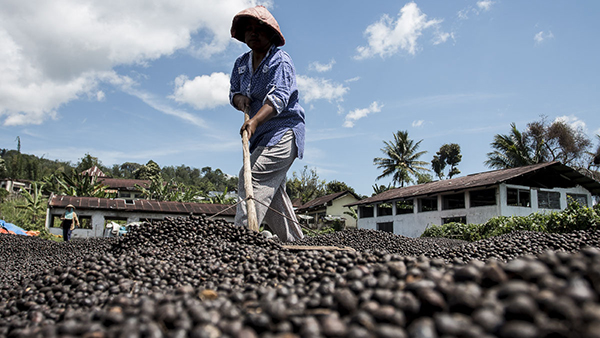 Globally, around 1 million plant and animal species are now threatened with extinction, and some estimates link global trade to nearly one-third of the species under threat.

Coffee, chocolate and beef are just a few examples of products consumed daily across the globe that are linked to biodiversity loss.

Over the decades, trade’s share of GDP has steadily increased – from 36% in 1979 to 60% in 2020. Today, most of what we buy and consume comes from another country, meaning our biodiversity footprint may be larger abroad than at home.

As the world marks Biodiversity Day 2021 on 22 May under the slogan “We’re part of the solution #ForNature”, the role of trade in helping combat biodiversity loss has never been greater.

“We must be mindful of the link between biodiversity and trade when examining the causes of biodiversity loss and discussing the possible solutions,” said Isabelle Durant, UNCTAD’s acting secretary-general.

“For trade to play a leading role in the battle against biodiversity loss, it must be sustainable throughout the value chain.”

The message that international commerce, when done sustainably, can protect our planet’s precious resources was echoed by trade and biodiversity experts at an online meeting organized on 24 March by UNCTAD and the Secretariat of the Convention on Biological Diversity (CBD).

The two organizations convened more than 180 negotiators, researchers, activists, business representatives, and officials of governments and international organizations to discuss the role trade should have in the post-2020 global biodiversity framework.

The new framework is expected to be adopted at the 15th meeting of the Conference of the Parties to the Convention on Biological Diversity (COP15), slated for 11-24 October in Kunming, China.

Conservation alone is not the solution

Hopes are high that COP15 will end with a global agreement on targets to conserve biodiversity and promote sustainable business practices and the natural world, including proposals to conserve 30% of the world’s oceans and land by 2030.

But implementing the framework successfully will also require countries to address the underlying economic drivers of biodiversity loss, participants at the UNCTAD-CBD meeting said, highlighting that about half the world’s economy relies on nature.

“To solve the biodiversity challenges, conservation alone is not the solution,” they said in a final report that will be submitted as an input to the negotiations.

The report calls for negotiations to give more attention to trade and provides recommendations on how to include international commerce in the new biodiversity agreement, such as the inclusion of trade-related indicators in the monitoring framework.

“if done legally and sustainably, trade – an engine of economic growth and provider of livelihood options – is one of the elements which can contribute to a successful post-2020 global biodiversity framework,” the report says.

Throughout the value chain

But for trade to play a leading role in the battle against biodiversity loss, it must be sustainable throughout the value chain, from the farm or factory to the store.

For this to happen, participants agreed, certification and improved traceability are required.

“Consumers are increasingly interested in understanding the supply chain better,” the report says. “Sourcing biodiversity-friendly commodities such as deforestation-free products and better-informed consumer choices implies having certification, traceability and information on areas such as production methods.”

Better-informed consumers, it says, can help drive sustainable practices thanks to their purchasing power.

Too much of a good thing

But participants said standards have become too numerous and complex. Consumers and producers can be easily overwhelmed by the already 500 or so sustainability standards that exist.

The post-2020 global biodiversity framework could shed light on the dilemma by giving common direction to the different standards. But participants warned against looking for a “one-size-fits-all solution when it comes to trade and biodiversity”.

“There is a trade-off between the proliferation of standards and the need to find industry and site-specific standards and solutions,” the report says, highlighting the need to ensure that guidelines are globally consistent yet locally applicable since supply chains normally span different countries and realities.

An example of guidelines that strike the right balance, participants said, are UNCTAD’s BioTrade principles and criteria (P&C).

The organization defines BioTrade as the sustainable collection, production, transformation and commercialization of goods and services derived from biodiversity. Over the past 25 years, the initiative has created more than 5 million jobs, and BioTrade sales topped $6 billion in 2019.

In Namibia, for example, the guidelines help the Eudafano Women’s Co-operative ensure they’re sustainably produce ingredients for the cosmetics industry that are derived from marula and kalahari melon seeds.

“Unlike many sustainability labels, BioTrade’s principles and criteria offer a set of guidelines that governments, businesses and civil society can adapt to local realities, said Lorena Jaramillo, project manager of UNCTAD’s BioTrade initiative.

“And the certification costs are more affordable for small producers and companies,” she added.

First published in 2007, the BioTrade P&C were updated in 2020 to reflect lessons learned and best practices from experiences in different countries.

The update also aligned the guidelines with landmark international agreements, including the United Nation’s 2030 Agenda for Sustainable Development, the Paris climate accord and the Nagoya Protocol on access to natures genetic resources and the fair and equitable sharing of benefits with local populations.

Participants said the BioTrade P&C could help encourage businesses, big and small, to contribute to the post-2020 biodiversity framework, by providing easy-to-follow guidelines to make their operations more environmentally friendly.

“The post-2020 global biodiversity framework is an opportunity for mainstreaming biodiversity into the trade sector,” the report says. “The BioTrade principles and criteria are a very important compass.”

“There are numerous challenges to be addressed, but there are many opportunities to explore,” said CBD representative Bianca Brasil.

“This workshop demonstrated that there is a lot to gain from engaging with different actors, and its final report will help build a stronger case for sustainable trade in the context of the new framework for biodiversity.”

The UNCTAD-CBD online meeting was organized with the financial support of the Swiss State Secretariat for Economic Affairs SECO.​