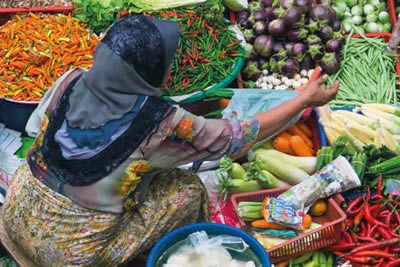 International trade has proven to be a critical mechanism for growth and development. It helps build stronger value chains, mitigate conflict and provides access to higher quality and quantities of goods and services.

It has also provided consumers with access to a more diversified and nutritious food basket. However, for trade to improve food security to the greatest number of people across the globe, greater international cooperation is necessary.

More than 820 million people – equivalent to more than 10% of the world’s population – were hungry and about 2 billion people experienced food insecurity in 2018.

This challenge exists in the context of a global population that is projected to grow from the current 7.7 billion to 8.5 billion in 2030 and rise to 9.7 billion in 2050.

The majority of those facing hunger and food insecurity live in developing countries. These countries, including many least developed countries (LDCs), depend critically on the agricultural sector for employment, production and exports.

For instance, 57% of the labour force in LDCs was employed in agriculture in 2019, compared with only 3% in high-income countries. Within developing countries, poverty is higher in rural areas and the rural poor depend on agriculture.

Smallholders in developing countries face challenges that preclude them from benefitting fairly from global value chains.

Enhanced international and national measures on transparency and regulation are needed to ensure incomes arising from agriculture value chains are fairly shared by all actors.

The international agricultural trading system needs to become less distorted, more inclusive and sustainable, as well as take the specific needs of developing countries into account.

Instead of improving fair and transparent market access, growing anti-globalization sentiments and moves towards protectionism threaten to undermine the substantial benefits of global trade, particularly for food systems and nutrition.

At the same time, anti-globalization and protectionist approaches do nothing to address the problems they claim to respond to.

For example, what began as heated rhetoric over trade between the United States and China has evolved into a potential trade war, with negotiations foundering and both countries proposing trade barriers.

This environment is likely to make it more difficult to overcome barriers to the improvement of global trade.

The collapse of agriculture negotiations has tremendously limited the scope for the use of trade for development and developing countries’ optimism about the potential of agricultural trade as a vehicle out of poverty is eroding.

Trade agreements on agriculture also go far beyond food security – the special and differential treatment called for by developing countries on agriculture are a key requirement for them to continue to want to support the global trading regime in all sectors.

We also need stronger market information and reduced trade costs associated with non-tariff barriers to agricultural trade, including those measures that are more important today in light of the sustainability imperative.

The proliferation of non-tariff measures needs to be addressed and the costs of compliance with them brought down to ensure poorer countries benefit from market access for their agricultural products.

A proliferation of these measures is conceivable as countries develop and in the context of the implementation of 2030 Agenda.

To avoid potential adverse and unintended effects of this trend, policy coherence and convergence are essential. Traceability compliance must be sensible and support development.

These instruments, and the multilateral approach as a whole, provide important advantages for trade liberalization and should continue to be supported.

The role of trade in reducing hunger and ensuring food security must be prioritized. To do so, we must enhance international cooperation on a multilateral scale.