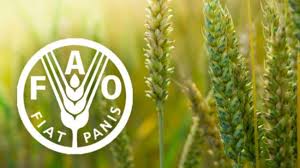 A report on the indicators under FAO custodianship

The most recent evidence available for such targets, however, paints a grim picture. The world is not on track to meeting the overwhelming majority of SDG targets related to sustainable agriculture, food security and nutrition. Four years into the 2030 Agenda, regression is the norm for almost all related indicators, with only a few areas reflecting some progress.

The number of undernourished people in the world has been on the rise since 2015 and is back to levels seen in 2010–2011. In other words, more than 820 million people are still hungry today. Small-scale food producers face disproportionate challenges in accessing inputs and services, and as a result, both their incomes and productivity are systematically lower as compared to larger food producers. Around 60 percent of local livestock breeds are at risk of extinction in the 70 countries that had risk status information, while the risk status remained unknown for two thirds of total local livestock breeds around the world. Despite this situation, less than one percent out of a total of 7 760 local livestock breeds in the world have sufficient material stored allowing the breed to be reconstituted in case of extinction. Conservation of plant genetic material is faring somewhat better; In the oceans, one third of fish are now estimated to be overfished, with the fraction of world marine fish stocks that are within biologically sustainable levels declining from 90 percent in 1974 to 66.9 percent in 2015. Nonetheless, some 30 percent of countries still have a low or medium implementation record of the key international instruments combatting illegal, unreported, and unregulated (IUU) fishing, whereas some 20 percent of countries have a low or medium implementation record of the key instruments to promote access of small-scale fishers to productive resources, services and markets.

Between 2000 and 2015, the world lost an area of forest the size of Madagascar, though the rate of deforestation seems to be slowing down. During the period 2016-2017, high general food prices affected over a third of Land-Locked Developing Countries (LLDCs), one in four countries in Africa and Western Asia, and one in five countries in Central and Southern Asia. Many of these problems would probably be less acute if agriculture received sufficient funding. However, figures show that public investment in agriculture has been declining with respect to the agricultural sector’s contribution to the Gross Domestic Product (GDP).

In the first FAO digital SDG progress report of its kind, key data and trends for indicators under FAO’s custodianship will be examined. FAO is the designated custodian agency for 21 SDG indicators in total, and data is currently available for 18 of these.

Measuring SDG indicators represents a huge endeavour. Not only has the overall number of SDG indicators quadrupled compared to the number of MDG indicators, but indicators should also be disaggregated by multiple dimensions where appropriate, such as by sex, age, geographic location, ethnicity, disability status etc.

To help countries measure the SDG indicators, since 2016, FAO has rolled out a systematic capacity development programme, which includes regional training workshops, technical assistance missions, and e-learning courses. To date, 137 countries have participated in one or more training activities. Country officers responsible for reporting to FAO can now consult over 15 different e-learning courses, many of which are available in various languages. As a result, the average number of countries reporting on the 21 SDG indicators under FAO custodianship has risen steadily over the past few years, going from 29% in 2017 to 42% in 2019.

Despite this overall increase, for a number of specific indicators, data are still limited, either in terms of country coverage, data points per country, or both. Indeed, there are no globally comparable data yet available for four critical SDG indicators relating to agricultural sustainability, women’s access to land, and food losses and waste.

The lack of solid information on key indicators holds countries back from designing effective food and agriculture policies; it also hampers the international community’s development cooperation efforts. Overall, data gaps are therefore still vast and progress insufficient to ensure that the majority of countries – but especially developing countries – will be able to monitor all SDG indicators in the next few years.

The majority of countries do not conduct key data collection vehicles such as farm surveys, household surveys, forest inventories, and fish stock assessments. Moreover, even when such data collections are carried out regularly, they often do not gather the data needed for key food and agriculture-related SDG indicators. This represents a missed opportunity, as these survey tools could potentially be upgraded with little effort to ensure greater country coverage in SDG reporting. In yet other cases, the basic data for compiling the SDG indicators are available, but are not regularly transmitted to FAO.

In response, FAO has recently unveiled a USD 21 million multi-donor programme aiming to accelerate support to countries in the collection, production, dissemination and use of all 21 indicators under its custodianship.

World Food Day 2019: OUR ACTIONS ARE OUR FUTURE