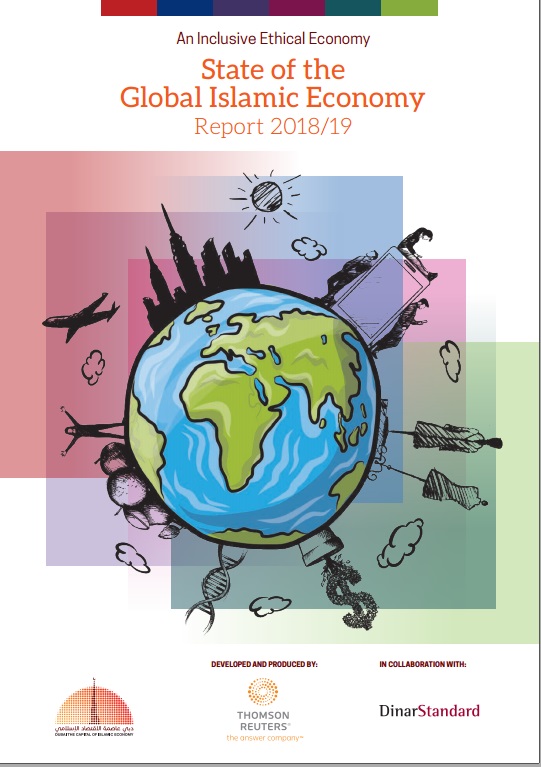 With global asets of currently more than $2.4tn and a forecast of 7.7% compounded growth per year to reach $3.8tn by 2023, Islamic finance is becoming “a force to be reckoned with,” the newly released State of the Global Islamic Economy Report 2019/20, compiled by research and advisory firm DinarStandard in partnership with the Malaysia Digital Economy Corp, notes.
It states that the industry was successfully building upon its Shariah-based principles of ethical and sustainable finance and banking to attract new clients, both Muslims and non-Muslims who are looking for more ethical ways to bank and finance projects. This process continually widens the sector’s asset base.
In regional terms, Southeast Asia and nations of the Gulf Co-operation Council keep leading the industry, while West and South Asia, particularly Jordan and Pakistan, are catching up and are now among the top 10 nations for Islamic finance development in the world, according to the Islamic finance development indicator, which is part of the report and takes into account the sector’s quantitative development, knowledge, governance, corporate social responsibility and awareness of Islamic finance.
The strong role of Islamic finance in Malaysia, which keeps leading the world’s Islamic finance development indicator index, was underlined in 2017 as Islamic financing overtook conventional loans as the growth driver for the domestic banking system, with a 71% increase last year.
Malaysia’s top scoring in the indicator index is further attributed to its strength to build an Islamic finance ecosystem as part of the country’s key economic growth areas and the continuous focus on the halal economy.
Indonesia, in turn, jumped six notches from ten to four on the development index, an exponential improvement that can be mainly attributed to the establishment of the 2019-2024 Shariah economy master plan under the government of President Joko Widodo.
The report also points out that traditional Islamic finance hubs continue to grow, including in the UK, which has the largest Islamic finance industry in the OECD, while there is emerging competition from newer players including Australia and a number of Sub-Saharan African states, including Kenya and Uganda, as well as Muslim-majority Central Asian countries such as Tajikistan and Uzbekistan which are currently working on implementing new regulations to develop the sector.
A central matter is the growing importance of financial technology in the entire global financial industry and the readiness for adoption, the report continues. While Islamic finance has not kept pace with the conventional banking sector’s adoption of fintech, change is happening through the development of digital banking and other fintech solutions and processes, including blockchain technology implemented by the Islamic Development Bank to develop Shariah-compliant products in order to support financial inclusion.
The report also identifies opportunities for Islamic finance which are not yet completely realised. Among them is Islamic insurance, or takaful, a sector where the development of new financial products based on murabhahah and waqf would promise further growth.
Another big opportunity remains Islamic trade finance. With global trade being a $12.3tn-industry as per 2017 figures, representing 75% of global trade, total trade within the 57 member countries of the Organization of Islamic Co-operation stood at $250bn in that year. However, the Islamic trade finance industry as such was only at an estimated $186bn, reflecting substantial room for growth which could be achieved by developing standard documentation for Islamic trade finance deals and trade hubs in key regions offering progressive trade finance solutions.
A challenge remains the lack of talent in the industry which results in a competency gap, namely in Shariah expertise, innovation and product development, as well as technical Islamic finance knowledge, owing to too few specialised educational institutions in a number of Islamic countries. While this has held the industry back thus far, the increase in education initiatives has been promising, the report concludes.