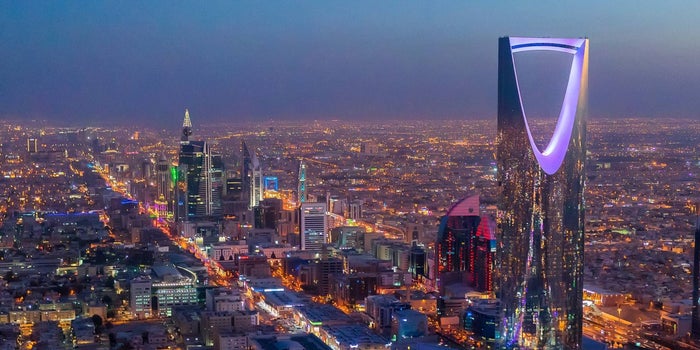 In conjunction with the G20 Summit, which was hosted by Saudi Arabia on 21-22 November 2020, IRTI has launched the Kingdom of Saudi Arabia Islamic Finance Country Report (KSA IFCR).

Saudi Arabia is the largest economy in the Middle East and endowed with a distinct position in the global landscape, the report suggests that Islamic finance has a promising future in the country. Furthermore, with its vast natural and human resources, a unique position as a religious tourism center, an advanced and resilient financial system, and visionary leadership, the Kingdom has the necessary ingredients to tap into the immense value that Islamic finance can bring to economic progress and social prosperity.

The analysis presented in this report reveals various multifaceted endeavors of the Kingdom to realize the Vision 2030, considering the spirit of entrepreneurship and innovation combined with the advanced application of technology. Islamic finance as a paradigm promotes entrepreneurship, innovation, and social responsibility and therefore could become a major catalyst in the Kingdom’s endeavors to achieve the objectives of Vision 2030.

To rigorously investigate the outlook, trends, potential, and prospects of Islamic finance in Saudi Arabia, the analysis of the report is spread across eight chapters:

Chapter 1 highlights the distinctive features of Saudi Arabia’s economy and its financial system including deliberation of various breakthrough efforts by the Kingdom that has embarked on several reform programs, i.e. Financial Sector Development Program, to enhance and strengthen its leading position in the region and worldwide.

Chapter 2 charts the resilience and encouraging performance of the banking sector in the Kingdom. It also demonstrated the return on assets and NPL Coverage for Islamic banks in Saudi Arabia that have consistently outperformed their peers in the G20 countries, namely Indonesia and Turkey. This chapter also shows how resilient the Islamic banking sector has been, evidenced by the fact that it has surpassed its peers for most of the period 2014-2018. Overall, the analysis in the second chapter shows that the Islamic banking sector in the Kingdom is well established and solidly competitive, which paves the way for the regional and global leadership of the industry.

Chapter 3 highlights the recent developments and performance of the capital market in the Kingdom. As the largest market in the GCC region, the Saudi capital market is undergoing rapid changes bolstered by the development of advanced infrastructure, new markets, and new products and services. The market has been promoted to emerging market status by FTSE, Russell, and MSCI. Ṣukūk market in the Kingdom is developing relatively fast and the country is currently the second-largest ṣukūk issuer globally, next only to Malaysia.

Chapter 4 illustrates the well-regulated Saudi cooperative insurance market. Although the insurance penetration and density are relatively modest, Saudi Arabia is the second-largest insurance market after UAE in the MENA region, and it accounted for 20.3% of the region’s Gross Written Premiums (GWPs) in 2018. Saudi Arabia, Malaysia, and the UAE are the major Islamic insurance markets, accounting for more than 87% of total contributions in 2017. Inspired by Vision 2030, there will be abundant opportunities for the insurance sector to flourish if the economic reforms take place in a coherent and measured manner.

Chapter 5 depicts the huge potential of the awqāf sector in the Kingdom, in addition to several breakthrough initiatives in further bolstering the social finance sector. Moreover, with the successive amendments and the incremental openness of the Kingdom to foreign investment, it is expected that it will increase the size of endowments in the Kingdom. Another insight provided in this chapter is the role of specialized credit institutions in helping to achieve the goals of Vision 2030 by contributing to the Kingdom’s economic and social transformation.

Chapter 7 elucidates many encouraging findings that Saudi Arabia is blessed with the right recipe to make it a global hub for Fintech in Islamic finance, having a tech-savvy society with high internet penetration and the majority of the population being under the age of 35. This made embracing new technologies considerably faster and easier than in many other parts of the world. Saudi Arabia also established “Fintech Saudi” to act as a catalyst to develop the Fintech ecosystem alongside a vibrant regulatory sandbox to cope with the fast-paced Fintech industry. Saudi Arabia is taking digital transformation very seriously.

Chapter 8 articulates the notion that Saudi Arabia, given its gigantic potentials coupled with its unique set of comparative advantages, could become a global leader in the Islamic financial services industry by capitalizing its distinctiveness in two areas:

The report also sheds some light on the Kingdom’s swift response to combat Covid-19, an unprecedented, sudden global pandemic that has created another layer of complexity in the write-up plan.