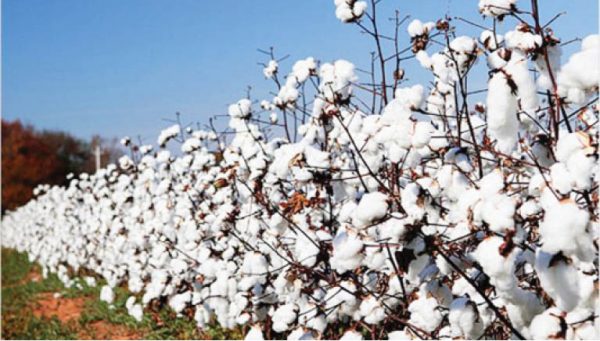 Cotton is a commercial crop grown mainly for its fibre or lint, a raw material used by the textile industry. In most least developed countries (LDCs) in Africa, raw lint is widely produced for export, creating vital revenue. But, this revenue is highly susceptible to outside shocks affecting international prices.

Long and complex cotton-to-textile value chains are highly sensitive to external factors. These include policy-induced international price distortions, competition with manmade fibres and shocks such as the cancellation of orders from overseas textile manufacturers caused by the COVID-19 crisis.

Order cancellations have had immediate impacts in Africa on over 20 million smallholder cotton farmers and value chain operators. As reported by Benin, Burkina Faso, Chad and Mali – the four major cotton-producing LDCs in Africa known as the Cotton 4 – around 70% of their 2020 lint remains stuck in mills, in transit hubs or in ports, where quality is also deteriorating due to exposure to extreme weather conditions.

Against this scenario, the additional income-earning opportunities offered by investments in the processing of other parts of the cotton plant like the stalks, husks, cottonseed and short-staple fibres can help cotton smallholders in LDCs to cope with COVID-19 and other external impacts, provided they have the technologies, supporting policies and knowhow to unlock the value of cotton by-products (CBPs).

Diversification into CBPs can generate sustainable parallel activities for income generation and employment in Africa. As a result of feasibility assessment work in a group of African LDCs, the following are some of the main findings.

Soap produced from cotton processing waste in West Africa is mostly, if not exclusively, made by women.

Small women-led businesses appear to be common and predominant in all the Cotton-4 countries. New data collected by a team of local experts shows that women set up businesses near the processing units that crush cottonseed for edible oil, to obtain the black or white cake that results as waste from crushing the seeds. This waste is then used to produce soap, and the production is mostly artisanal, as shown in the table below.

In Mali alone, these activities employ about 400 seasonal workers and generate average annual revenues of US$262,840. Similar revenues are earned by women producing cotton soap in the other Cotton-4 countries.

Surveys also found significant growth potential for soap markets, highlighting that women’s level of satisfaction with the quality and quantity of raw material currently available to produce soap from cotton is only low to medium, and that the demand for soap is significant at the national and regional levels – a possible gateway to future exports overseas.

At the time of writing, however, such artisanal cotton soap is only sold locally at an accessible price that mostly benefits the poorest families. It constitutes a source of revenue directly countering extreme poverty and social exclusion, as the women producers reportedly belong to the poorest parts of rural societies.

This local production also contributes to improving trade balances. Mali alone, for instance, imported in 2019 more than US$2 million worth of soap, according to ITC Trade Map data.

In countries such as Benin and Chad, the cake obtained from cottonseed crushing operations constitutes a vital source of proteins for ruminants.

Between 2016 and 2018, Benin went from 3,377 to 18,747 tons of cottonseed cake produced in semi-industrial production units. This production was mostly destined to intra-African exports in markets such as those of Burkina Faso, Mali and Niger. In Benin, local livestock breeders do not rely on this product for animal feed, but in other countries of the sub-region demand largely outweighs local supply (e.g. Burkina Faso produced on average 99,824 tons/year of cottonseed cake between 2010 and 2019, with national demand estimated at 2.8 million tons to satisfy the annual needs of more than nine million heads of cattle in the country).

In semi-industrial production units, productivity rates for cottonseed cake and other by-products from seed crushing operations appear to be higher when such production units are operated by women, as reported in the table below.

Promoting energetic efficiency and the transition to a circular economy

Cottonseed husks can be used as animal feed, as a substrate to grow mushrooms and as fuel for industrial and semi-industrial transformation units.

While national experts in countries such as Chad have highlighted the great extent to which this by-product is under-exploited in all its potential applications, a common trait that emerged from field surveys in West Africa points to the fact that cottonseed husks are mostly used as fuel to satisfy the energetic needs of seed-crushing and other semi-industrial plants.

In Burkina Faso, for example, a cottonseed crushing unit that runs almost entirely on energy generated by burning cottonseed husks produces in a year 20,000 tons of cottonseed oil for human consumption, 48,000 tons of animal feed and 24,000 tons of cottonseed cake. Beyond cotton, the same industrial plant is also equipped to produce shea butter as well as sesame oil and cake, all thanks to the energy generated by burning cottonseed husks. This also creates 1,300 jobs in one single industrial plant, not considering indirect employment created for relevant service providers and seasonal workers.

By collecting new data and interviewing key stakeholders, the studies conducted in Benin, Burkina Faso, Chad, Mali and Mozambique have allowed for the first time a benchmark of the state-of-affairs in terms of production and commercialization of cotton by-products in these countries.

The benchmarking exercise is a first fundamental step that opens the door to project and investment planning, but also a vital source of information on challenges and constraints that hinder the ability of these countries to realize the full potential of cotton by-products.

According to the studies, some challenges are specific to the cotton value chain and demand action from regulators. A case in point is provided by cottonseed oil production for human consumption. In West Africa, for example, experts report that illegal imports of substitute oils represent one of the main factors hindering the development of the local cottonseed crushing industry.

Despite the existing challenges, the studies most notably highlight the great potential to develop cotton by-products in cotton producing LDCs. These activities could improve livelihoods for farmers, and small artisanal and semi-industrial businesses in vulnerable communities. Investing in CBPs development has the potential to create complementary sources of income decoupled from international price fluctuations and value chain disruptions that may affect lint production and export.