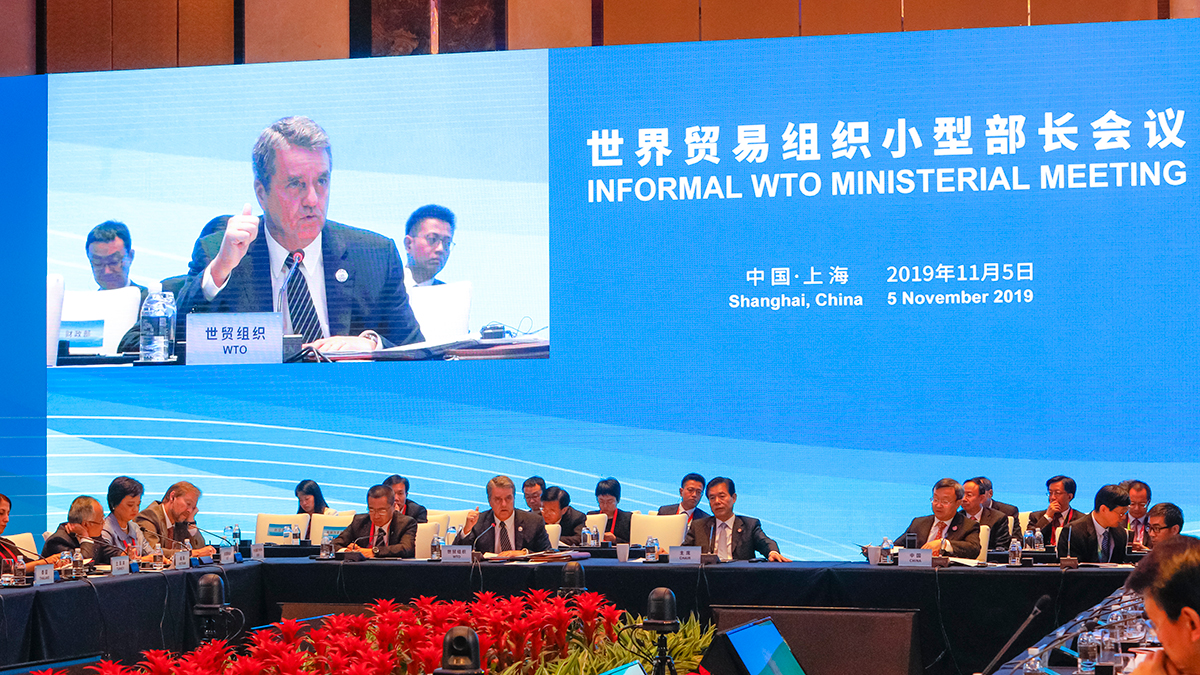 Speaking at an informal meeting of trade ministers in Shanghai on 5 November, Director-General Roberto Azevêdo called for WTO members to step up their efforts to define a realistic set of potential outcomes for the WTO’s 12th Ministerial Conference (MC12), to be held in Kazakhstan in June 2020.

The Director-General told the meeting that in a global economy beset by tensions and uncertainty surrounding trade, WTO members had a clear contribution to make.

“We can show that the multilateral trading system can deliver meaningful results. We can demonstrate that members are able to come together and reach decisions that enhance certainty and predictability in the 21st-century global economy.”

Briefing ministers about developments in the fisheries subsidies negotiations, the Director-General warned them of the risks of failing to reach an agreement.

“Failing to successfully conclude these negotiations will not just be bad for marine fish stocks: it will damage the credibility of the WTO and discredit the feasibility of multilateral rule-making.”

On the wider WTO reform debate, the DG suggested that attempts to negotiate a specific reform package would likely result in prolonged paralysis. Instead, he said:

“A more promising approach to reform is to be pragmatic — harvesting what we can, when we can, moving forward without artificial deadlines. Reform will be — and should be — a constant process of adapting to economic conditions and responding to members’ concerns. Every change to WTO rules and procedures is part of reform.”