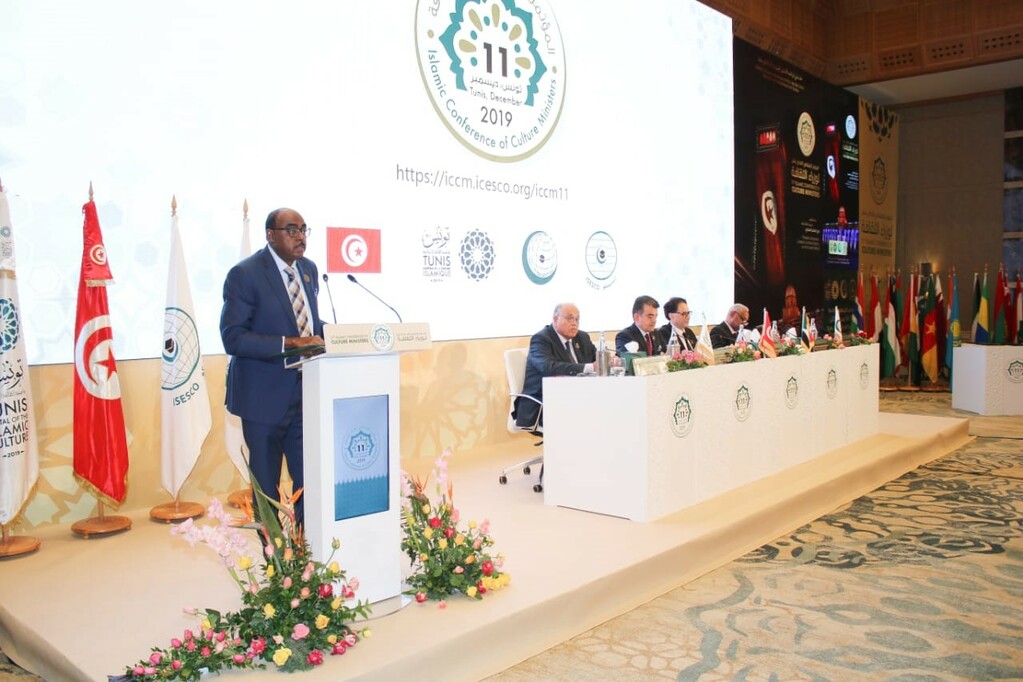 The Secretary-General of the Organization of Islamic Cooperation (OIC), Dr. Yousef Al-Othaimeen, addressed a message to the 11th session of the Islamic Conference of Culture Ministers, held by the Islamic Educational, Scientific and Cultural Organization (ISESCO), in coordination with the OIC General Secretariat, in the Tunisian capital on 17-19 December 2019.

Speaking on behalf of the Secretary-General, Assistant Secretary-General for Humanitarian and Cultural Affairs Ambassador Tariq Bakheet, said that this session comes at an opportune time as it signals the OIC member states’ recognition of the magnitude of challenges facing our world today, where the cultural perspective emphasizes its active role to achieve the common goals of our Muslim world in building entrenched values ​​of cultural diversity and the principles of moderation, tolerance and the rejection of extremism, hatred, and intolerance.

He further added that the cultural aspect plays a major role in cultural coexistence between Muslims and other peoples, especially the western ones. In conclusion of his speech, the Secretary-General expressed hope that the conference would come up with a clear vision that incorporates accurate implementation mechanisms and continuous follow-up, so that the resolutions of the 11th session would be put into practice, to enhance cultural communication, and confront the challenges looming for the Muslim world.