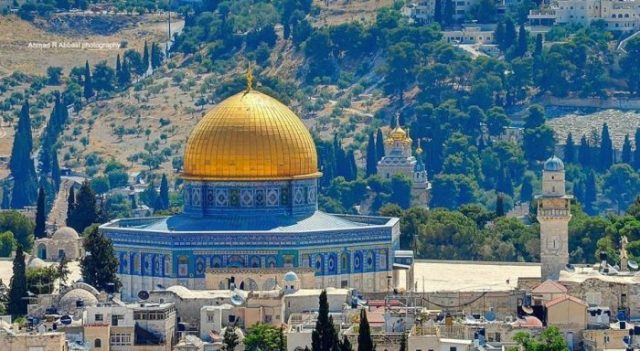 While these days mark the fiftieth anniversary of the sinful arson attack on the blessed Al-Aqsa Mosque, the first qibla and the third holiest site in Islam, the notorious Israeli violations continue to escalate. Restricting Muslim worshipers’ access to Al-Aqsa Mosque, repeated attacks on them inside its yards, closure of its gates, aiding and abetting extremist Zionist settlers to defile it, and intensifying its illegal excavations under and surrounding it are only a few examples of the Zionist criminal acts. These are merely the tip of the iceberg of Israel (the occupying Power) scheme, to Judaize Al-Quds, change its geographical and demographic character, and isolate it from its Palestinian surroundings, in flagrant violation of the International Law and the relevant UN resolutions.

On this painful anniversary, the Organization of Islamic Cooperation (OIC) reiterates its firm support for the right of the State of Palestine to regain full sovereignty over its eternal capital, the city of Al-Quds Ash-Sharif. The OIC asserts that the State of Palestine has every right to protect the Arab identity of the occupied Al-Quds Ash-Sharif, preserve its human heritage and the sanctity of all Muslim and Christian holy sites therein, and maintain the inalienable religious rights of the Muslim Ummah there. The OIC also reaffirms the eternal attachment of Muslims throughout the world to the blessed Al-Aqsa Mosque.

As the cause of Palestine and Al-Quds was the direct reason for its establishment, the OIC calls on the international community to pressure Israel, the occupying Power, to abide by the International Law and the resolutions of international legitimacy and end its occupation of all UN-recognized occupied territory of Palestine, including Al-Quds Ash-Sharif, based on the 1967 borders.